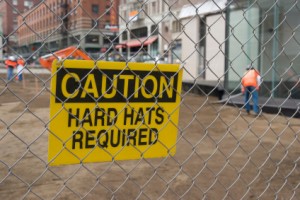 Many in the PR agency business are still reeling from the shake-outs of the Great Recession of 2008-10.  A number of agencies laid off staffers, from just a few to a substantial number.  Many lay-offs started in the fall of 2008 and reports of them continued into 2010 2010.

Some have the misguided view that in light of these layoffs, and to avoid future ones, they should cut back on “non-essential” staff development costs, such as their agency training program. I think they’re making a vast mistake.

Let me give you four reasons:

1) Agencies have less–both in terms of budgets and staff– but they must offer more— more strategic thinking, creative output that can have an impact on client business, and superior client service. One must be terribly misguided to not realize that training can make a major positive contribution in all of these areas.

2) Even though hiring is clearly bouncing back, many firms are working with smaller staffs than they had two years ago.  Some team members are still  doing one-and-a-half jobs, because they’ve inherited parts of the jobs of their laid-off managers or those who reported to them.  They’re stretching like never before. Clearly, training to help team members work more effectively, be more efficient, and keep focused on the A priorities is more critical than ever.

3) At the same time clients, under pressure themselves to do more with less, have raised their expectations, while often maintaining, or worse, decreasing budgets.  And those who have thawed or increased budgets in 2011 have increased expectations accordingly.

Training can help keep your team at the top of its game–not only by building their tactical PR skills, but by improving their abilities to deliver against today’s clients’ tougher expectations, which calls for five-star client service…because four-star just isn’t good enough anymore.

4) Training can play a critical role in enhancing staffers’ leadership and communications skills. In a tough marketplace, having an agency not of one or two leader but groups of leaders and potential leaders at all levels, who can communicate effectively with clients, peers, supervisors and those who report to them, pays enormous dividends.

Share this article:
Posted by kjacobs on April 2, 2011 in Training, Agency Management,
0 Comments