I shared the first three critical leadership actions which leaders should take to increase their effectiveness in a previous post. Here are action steps four to six.

4. Provide Inspiration. While this may be a feel a bit nebulous, it’s one of the most important leadership actions for you to implement. According to business leader Kim Sample, a good way to start is to think  head, hearts, and feet: Ask yourself, “Can I get them to imagine the possibilities?”, “How do I reach them in their hearts, so they’ll embrace the vision?”, and “Can I inspire them to take action, to follow me?” 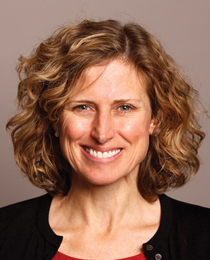 To truly inspire your followers, first you must believe that together you can do anything to which you set your minds.  Do you believe this about you and your organization?  If you don’t, how can you possibly inspire them to greatness?

5. Act Courageously. Leadership isn’t for the fainthearted. It takes guts to act on your convictions, to pursue the vision, and to make tough decisions.

Remember, that your followers are observing you intently. They’re focused not only on your words, but your tone and body language. They’re on high alert for fear, but they so desire and are attracted to courage on your part.

The notion of “fake it till you make it” applies here. You don’t have to be brave to act with bravery. In fact, unlike the world of marketing, when it comes to leadership you can change your behavior before you change your attitude. So if you’re fearful about something, or have a tough decision to make, first get in touch with your inner FDR, Nelson Mandela, Malala, or other hero you admire for their bravery. Then take the action they would take if they were in your shoes. 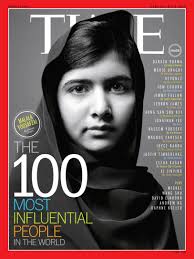 In doing so, you’ll have changed your behavior. Your attitude will eventually catch up!

In full candor, acting with courage is one of the critical leadership actions I wish I had taken more often when I was a PR agency leader. But no looking back, right?

6. Share the Credit, Take the Blame.  Do you get lots of credit? Know that a portion of that comes from being the organization’s leader, and that a good part of that credit is due to your team’s performance. So spread the wealth. As the previously quoted Tom Coyne so aptly said, “When you get credit, respond with a tennis racquet, not a catcher’s mitt.”

So praise in writing, and often. There’s no limit to how often you can say “Thank you,” and no limit to the benefit you’ll accrue from doing so. And consider the impact of a handwritten letter from you to the team member who has gone the extra mile.

I’ll wrap up this series in the next post. In the meantime, please leave me a comment regarding the critical leadership actions you’ve taken to become a more effective leader.