7. Listen Emphatically. Listening–carefully, actively, and emphatically–will help heighten your effectiveness.  Leadership is a dialogue, not a monologue.

There’s no way to understand all of that unless you spend less time talking, and more time listening, and well. 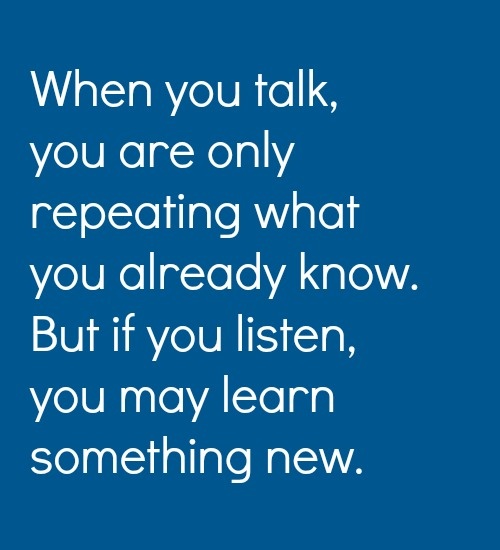 There are, however, three specific steps you can take with your key followers: 1) Engage in more frequent, focused dialogue; 2) Go beyond the auditory, and look for non-verbal cues (because you know those trump words) that your follower believes you, and aligns with your point-of-view; 3) Heed what you hear, what you see, and what you feel, from these conversations.

This is worth doing because truly empathetic listening helps you to explain your follower’s role in the organization’s success, and can inspire her or him not only to action, but to greatness!

8) Be An Open Leader. Many leaders and managers talk about an open door policy, but a critical leadership action is to have your team believe you are truly approachable. This takes much more than leaving your door open, but actively letting your team members know that your want their ideas, input, and if you’re feeling really brave, feedback on your leadership.

Another way to be an open leader is to acknowledge your failures. Many leaders seem to believe that this makes them appear vulnerable. I respectfully disagree.  When a leader acknowledges a past “failure,” i.e. a bump in the road to success, two things happen: 1) They become more attractive, more “followable;” and 2) Their team members are encouraged to take more educated risks. And that’s something every evolved leader desires.

As the great Mahatma said: 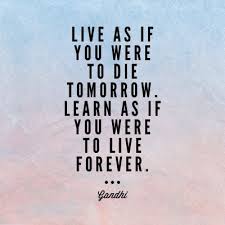 9) Empower, empower, empower! Obviously, practitioners must be able to delegate effectively in order to become managers, and managers must be able to delegate in order to become leaders. But empowerment is a level above delegation. It’s about not waiting until someone asks for a major responsibility…because they may be waiting for you to give it to them. It’s about giving away major responsibility before the individual or even you are fully sure they’re ready to take it on. As such, empowerment is a little frightening for both the leader and the person being empowered, and that’s as it should be.

And sometimes it’s about saying “That’s not how I’d do it, but you have my proxy and I have your back. And if it doesn’t work, we’ll figure out another approach.” Can you imagine how empowered your followers would feel if you took that leadership action?!

In the words of Joel Curran of UNC-Chapel Hill, “Articulate the vision, create the strategy, show the direction, and get out of the way!”

I hope you’ve enjoyed this series on critical leadership actions. Please share some actions you’ve taken that have made you a more effective leader.